Edward Arundel, who flung himself back in his chair and yawned dolefully during the earlier part of the entertainment. It ain't particularly jolly, is it, Martin? Mamma made me promise that we wouldn't leave the theatre till we left for good, Ned, his cousin answered; and then we're to go straight home in a cab. I wish we hadn't come till half-price, old fellow, he said drearily.

If I'd known it was to be a tragedy, I wouldn't have come away from the Square in such a hurry. I wonder why people write tragedies, when nobody likes them. He turned his back to the stage, and folded his arms upon the velvet cushion of the box preparatory to indulging himself in a deliberate inspection of the audience.

Perhaps no brighter face looked upward that night towards the glare and glitter of the great chandelier than that of the fair-haired lad in the stage-box. His candid blue eyes beamed with a more radiant sparkle than any of the myriad lights in the theatre; a nimbus of golden hair shone about his broad white forehead; glowing health, careless happiness, truth, good-nature, honesty, boyish vivacity, and the courage of a young lion,—all were expressed in the fearless smile, the frank yet half-defiant gaze.


Above all, this lad of seventeen looked especially what he was,—a thorough gentleman. Martin Mostyn was prim and effeminate, precociously tired of life, precociously indifferent to everything but his own advantage; but the Devonshire boy's talk was still fragrant with the fresh perfume of youth and innocence, still gay with the joyous recklessness of early boyhood.

He was as impatient for the noisy pantomime overture, and the bright troops of fairies in petticoats of spangled muslin, as the most inveterate cockney cooling his snub-nose against the iron railing of the gallery.

He was as ready to fall in love with the painted beauty of the ill-paid ballet-girls, as the veriest child in the wide circle of humanity about him. Fresh, untainted, unsuspicious, he looked out at the world, ready to believe in everything and everybody. How you do fidget, Edward! It's capital fun. Yes; I don't mean the tragedy you know, but the supernumeraries.

Did you ever see such an awkward set of fellows in all your life? There's a man there with weak legs and a heavy banner, that I've been watching all the evening. He's more fun than all the rest of it put together. Mostyn, being of course much too polite to point out the man in question, indicated him with a twitch of his light eyebrows; and Edward Arundel, following that indication, singled out the banner-holder from a group of soldiers in medieval dress, who had been standing wearily enough upon one side of the stage during a long, strictly private and confidential dialogue between the princely hero of the tragedy and one of his accommodating satellites.

The lad uttered a cry of surprise as he looked at the weak-legged banner-holder. I can't help it, Martin, exclaimed young Arundel; I can't be mistaken—yes—poor fellow, to think that he should come to this! The poor chap with the banner! It's Marchmont, poor old Marchmont, that we used to chaff, and that the governor sacked because he had a constitutional cough, and wasn't strong enough for his work.

Oh, yes, I remember him well enough, Mr. Mostyn answered, indifferently. Nobody could stand his cough, you know; and he was a vulgar fellow, into the bargain. He wasn't a vulgar fellow, said Edward indignantly;— there, there's the curtain down again;—he belonged to a good family in Lincolnshire, and was heir-presumptive to a stunning fortune.

I've heard him say so twenty times. Martin Mostyn did not attempt to repress an involuntary sneer, which curled his lips as his cousin spoke. Ah, and it was true, cried Edward; he wasn't a fellow to tell lies; perhaps he'd have suited Mr. Vernon better if he had been.

He had bad health, and was weak, and all that sort of thing; but he wasn't a snob. He showed me a signet-ring once that he used to wear on his watch-chain——. Don't be such a supercilious cad, Martin. He was very kind to me, poor Marchmont; and I know I was always a nuisance to him, poor old fellow; for you know I never could get on with Euclid. I'm sorry to see him here. Think, Martin, what an occupation for him! I don't suppose he gets more than nine or ten shillings a week for it. A shilling a night is, I believe, the ordinary remuneration of a stage-soldier.

They pay as much for the real thing as for the sham, you see; the defenders of our country risk their lives for about the same consideration. Where are you going, Ned? You persist in declaring, then, that the man with the weak legs is our old mathematical drudge? Well, I shouldn't wonder. The fellow was coughing all through the five acts, and that's uncommonly like Marchmont.

You're surely not going to renew your acquaintance with him? But young Arundel had just succeeded in opening the door, and he left the box without waiting to answer his cousin's question. He made his way very rapidly out of the theatre, and fought manfully through the crowds who were waiting about the pit and gallery doors, until he found himself at the stage-entrance.

He had often looked with reverent wonder at the dark portal; but he had never before essayed to cross the sacred threshold. But the guardian of the gate to this theatrical paradise, inhabited by fairies at a guinea a week, and baronial retainers at a shilling a night, is ordinarily a very inflexible individual, not to be corrupted by any mortal persuasion, and scarcely corruptible by the more potent influence of gold or silver.

Poor Edward's half-a-crown had no effect whatever upon the stern door-keeper, who thanked him for his donation, but told him that it was against his orders to let anybody go up-stairs. But I want to see some one so particularly, the boy said eagerly. Don't you think you could manage it for me, you know? He's an old friend of mine,—one of the supernu—what's-its-names? He carried a banner in the tragedy, you know; and he's got such an awful cough, poor chap.

Ze man who garried ze panner vith a gough, said the door-keeper reflectively. He was an elderly German, and had kept guard at that classic doorway for half-a-century or so; Parking Cheremiah. Yes, sir. They gall him Parking pecause he's berbetually goughin' his poor veag head off; and they gall him Cheremiah pecause he's alvays belangholy.

Oh, do let me see him, cried Mr. Edward Arundel. I know you can manage it; so do, that's a good fellow. I tell you he's a friend of mine, and quite a gentleman too. Bless you, there isn't a move in mathematics he isn't up to; and he'll come into a fortune some of these days—. Yaase, interrupted the door-keeper, sarcastically, Zey bake von of him pegause off dad. I phill dry and vind him vor you. Here, you Chim, said the door-keeper, addressing a dirty youth, who had just nailed an official announcement of the next morning's rehearsal upon the back of a stony-hearted swing-door, which was apt to jam the fingers of the uninitiated,— vot is ze name off yat zuber vith ze pad gough, ze man zay gall Parking.

You gan dake ub zis young chendleman's gard do him, and dell him to slib town here if he has kod a vaid, said the door-keeper. 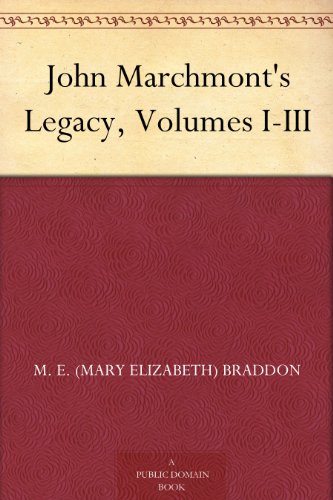 He'll come to me fast enough, poor fellow, he muttered. I usen't to chaff him as the others did, and I'm glad I didn't, now. Edward Arundel could not easily forget that one brief scrutiny in which he had recognised the wasted face of the schoolmaster's hack, who had taught him mathematics only two years before.

Could there be anything more piteous than that degrading spectacle?

The feeble frame, scarcely able to sustain that paltry one-sided banner of calico and tinsel; the two rude daubs of coarse vermilion upon the hollow cheeks; the black smudges that were meant for eyebrows; the wretched scrap of horsehair glued upon the pinched chin in dismal mockery of a beard; and through all this the pathetic pleading of large hazel eyes, bright with the unnatural lustre of disease, and saying perpetually, more plainly than words can speak, Do not look at me; do not despise me; do not even pity me.

It won't last long. That fresh-hearted schoolboy was still thinking of this, when a wasted hand was laid lightly and tremulously on his arm, and looking up he saw a man in a hideous mask. This action might not be possible to undo. Are you sure you want to continue? Upload Sign In Join. 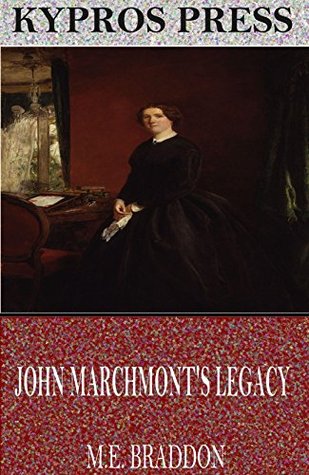 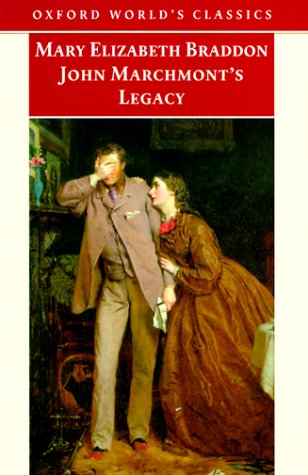 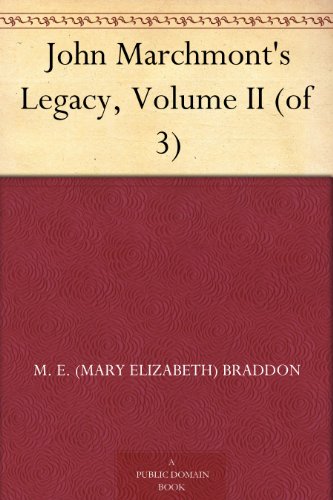